In September 1588 the Great Spanish Armada, within the framework of the Anglo-Spanish war, suffered a shipwreck off the coast of Sligo, in its flight to the north after the defeat suffered in the naval battle. More than 1000 men lost their lives and only a few were saved. Among them, Captain Francisco de Cuéllar, who recounted his experiences to survive in Ireland in a letter, thanks, in part, to the help provided by the Irish peasants and chiefs.

To commemorate these historical events, the Grange and Armada Development Association was established, which through the Armada Centre organizes tours, events and guided visits to learn first-hand about this piece of history that took place in Sligo. In 1988, the year of the 400th anniversary, they held a music and dance festival, a pop-up museum, a symposium, visits by dignitaries, walks, etc. 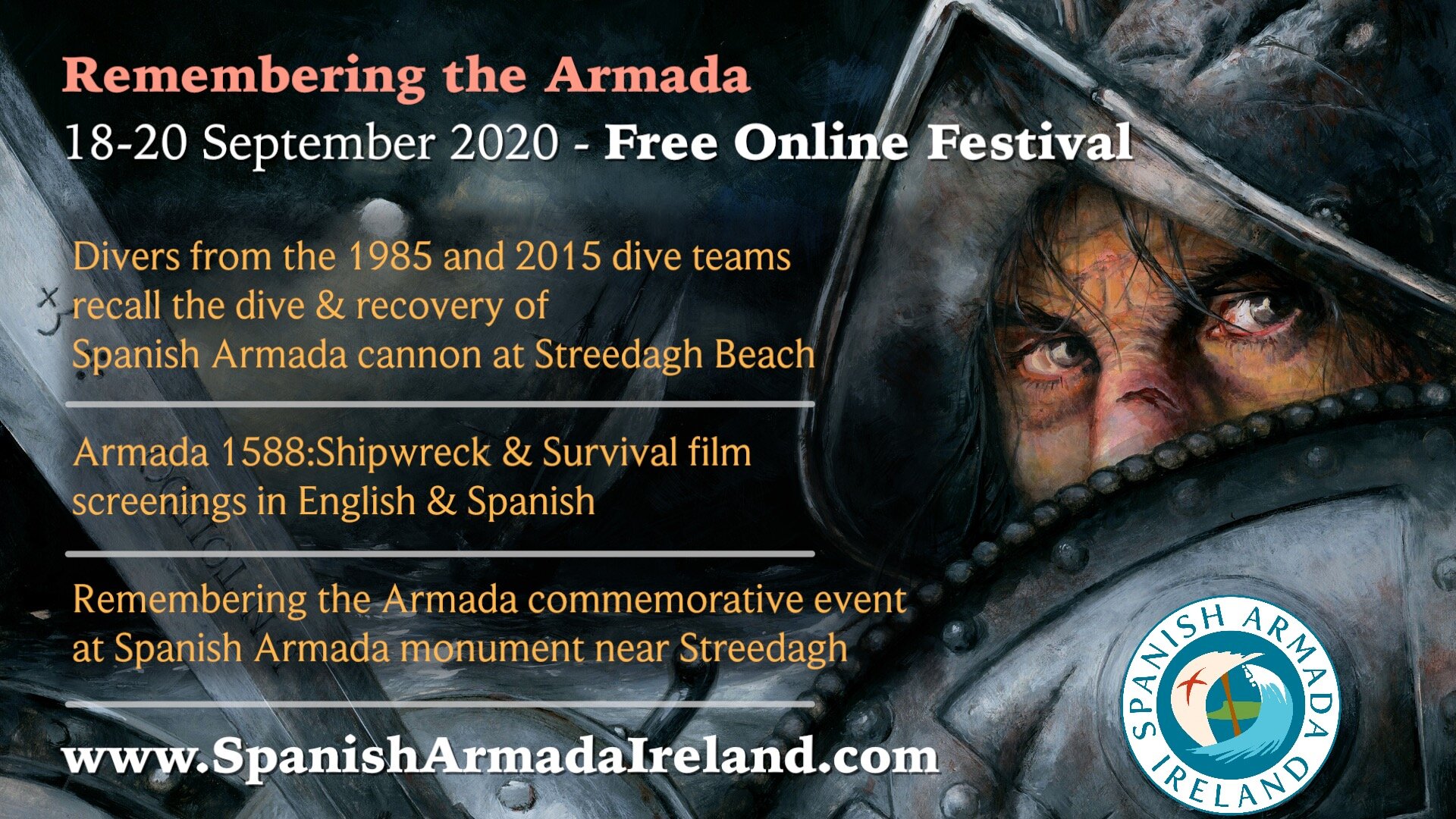 This year, due to the pandemic, there will be no face-to-face events like other years. Instead, from 18 to 20 September they will celebrate the Remembering The Armada Festival 2020, in which a series of very interesting and totally free online events will take place: online conferences, screenings of the movie Armada 1588: Shipwreck & Survival (en English and Spanish) and an online commemoration Remembering the Armada.

From ISEA we encourage you to enjoy these events, among which the screening of the documentary film that they recently produced where the adventures of Captain Francisco de Cuéllar and his incredible fight for survival are narrated. On the Spanish Armada Ireland website you have all the information about Remembering The Armada Festival and this year’s online version.