Uber backed e-scooter tech company Lime was the first on my radar as an intrepid teen travelling Europe in the summer of 2019. E-scooters have created a fun, accessible, affordable way for riders across Europe to navigate congested cities. However, they have also been subject to much controversy. Paris was the first to witness the launch of Silicon Valley´s e-scooters, followed by their rapid introduction across Europe. In early 2019, a couple of months after their introduction, the city’s Deputy Mayor Christophe Najdovski warned of their unexpected and intrusive presence, he told POLITICO. Najdovski describes them as an “invasion of public space, most of all the sidewalks.” (POLITICO, 2019).  At the time, there were no national regulations in place to curtail the road usage of these electric scooters, and so regulators scrambled to keep up with the craze.

In September 2019 France added e-scooters to France´s traffic bill. Minimum age, maximum speed and restricted zones have since all been by made legally binding for e-scooters, so too in France and Italy. In Spain, the national traffic authority sets a speed limit of 25km/hr for e-scooters and requires them to be insured. The reality in densely populated capitals like Madrid or Dublin is that e-scooters are a practical way to improve mobility and reduce emissions.

Dublin´s adoption of the e-scooter craze is bound to benefit from the experiences of other European capitals as presented by TIER Mobility at a recent event organised by Dublin´s Chamber of Commerce. The ISEA recently published an interest poll where over three quarters of respondents believed e-scooters would contribute to the greater good of the Dublin community. We were surprised to see that the remaining portion of voters would see fault in the initiative overall. It is true that polemic headlines from other European cities may have skewed public opinion.

The Dublin venture has just begun its soft landing. The official trial will involve the collaboration of four organisations: Europe’s largest e-scooter operator @TIERMobility; Irish micro mobility tech platform @Luna; the @Insight SFI Research Centre For Data Analytics; and Smart DCU (a district of @SmartDublin). They are looking to right the wrongs of those managing e-scooter initiatives before them, like in Paris and over 100 other global cities. (www.DCU.ie) 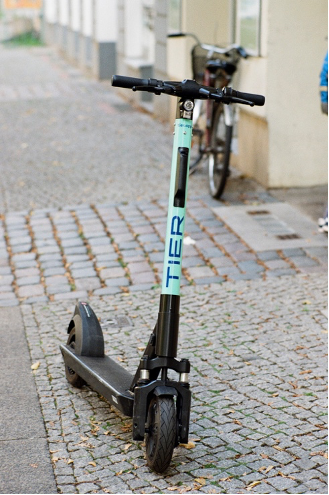 Photo by Markus Spiske on Unsplash

City University is the official e-scooter trial location, which will begin on 20th of July 2021 with thirty pilot computer vision-enabled e-scooters. The e-scooters differentiate themself by replacing GPS location services with “Computer Vision”, where GPS in other initiatives has proven to be less trustworthy. Camera Vision Technology will increase location accuracy and provide user updates for road awareness. There was the inevitable mention of automation to eliminate human error. The data collected from these e-scooters aims to act in a cyclical manner. Analytics will be fed back to the user, the firm, as well as the researchers who are constantly pushing these innovations. I believe the e-scooter introduction in Dublin is timely, and I look forward to giving one a test-ride myself. (Dublin’s Chamber of Commerce Webinar on Smart Cities, July 2021)